On Sunday of Week 2, Emu and I originally planned on visiting Gyeongbokgung Palace for an hour or two before returning back to the apartment to work. Instead, we ended up staying out for more than five hours because we kept finding new attractions to explore in the area.

After leaving the palace, we crossed the street to visit the statue of King Sejong the Great, the creator of Hangul. We noticed there was an entrance to something called King Sejong Story at the base of the statue, so we decided to check it out. We expected to see a single room showcase highlighting his life accomplishments, but instead, we discovered an entire exhibition with 9 different sections covering 3,200 square meters.

The exhibition also linked to the KT building and the Sejong Center for Performing Arts. I’m not sure exactly where we were at the time, but Emu and I found an activity where we wrote our names in Hangul using the fancy calligraphy brushes. 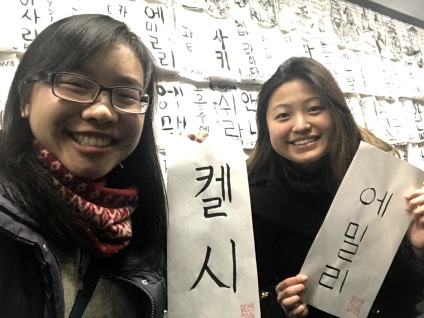 We wrote our names in Hangul

The works of many others

I thought this was cute. I have no idea what it says.

We also enjoyed some bulgogi hot pot at one of the restaurants nearby. I’m proud to say that we got by even though Shine wasn’t there to translate for us. 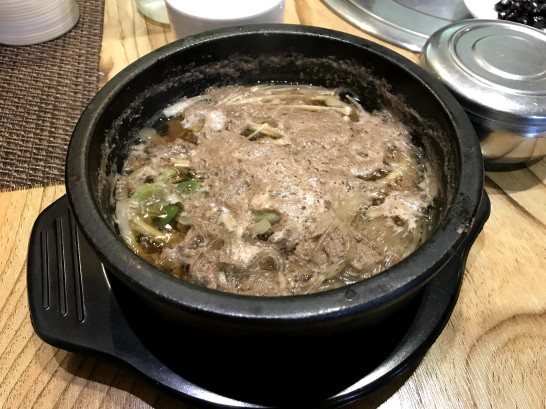 In the morning, when we were back at Gyeongbokgung Palace, Emu and I noticed a really pretty-looking pagoda but realized it was disconnected from the palace grounds. It turned out to be part of the National Folk Museum of Korea, which we finally visited after lunch. I don’t think we actually visited the permanent exhibition halls, but we really enjoyed exploring the street from the past.

Kelsey and Emu in front of a painting

Emu and a potato 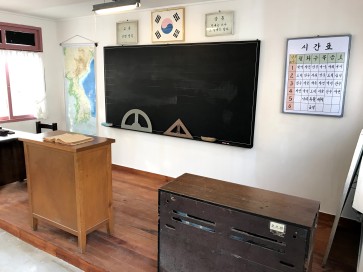 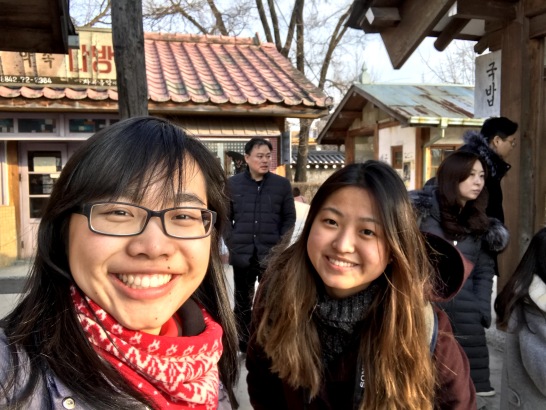 Kelsey and Emu at the street from the past

On our way back to the subway station, Emu and I stopped by the National Museum of Modern and Contemporary Art. We didn’t have time to enter the museum, which was unfortunate because Emu is actually really into art. However, we did stop by the nearby Osulloc Tea House, where Emu enjoyed a lovely green tea latte.

In the evening, we split up and did our own thing. I had dinner with my cousin-in-law in Gangnam followed by green tea ice cream from Baskin Robbins.

All in all, I’d say it was a pretty productive Sunday. Stay tuned for updates from week 2!