On Saturday, we headed out super early to join the rest of Korea Global Teaching Labs on a pottery excursion to Icheon. I must admit that waking up was especially difficult since we were all so tired from the week. Still, by the end of the day, we were glad that we had gone.

We started by visiting several display halls and viewing works by master potters. The very first stop was at a large pottery kiln run by the son of a famous potter. The next stop was at a combination display hall and store since we were ahead of schedule. The third stop on our itinerary was at the workshop of a master potter who specialized in Celadon doubleware. Celadon pottery was created during the Joseon dynasty and is this gorgeous blue-aqua color. In fact, the color of Korean pottery was listed as one of the hundred most beautiful things in the world by a Chinese writer at the time–the only item on the list that was not Chinese. 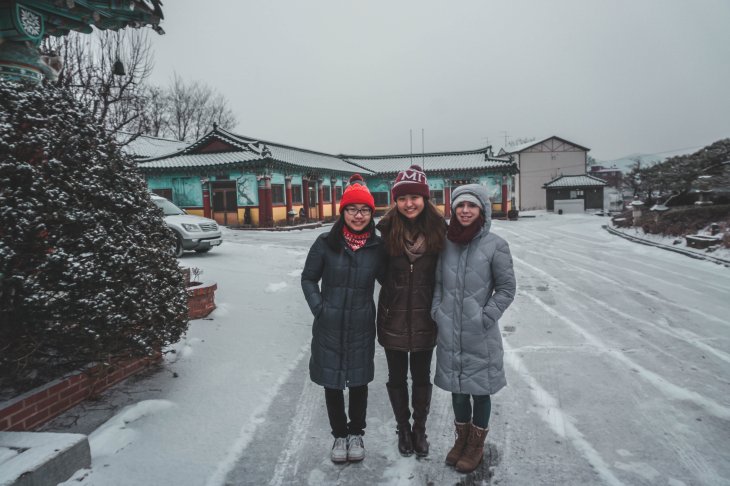 Us at the first display hall 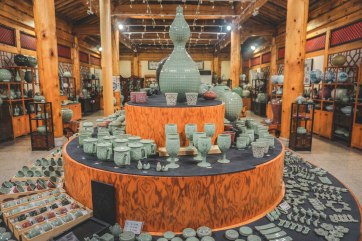 Inside a display hall

The son of one of the master potters

While we were in his display hall, we watched a documentary about the pottery process featuring his son and himself. His son had made the documentary as a sixtieth birthday present for his father. In the video, he mentioned that he was a fool, because he pursued the perfection of his art for so many years without visible return. I think that a part of me would like to be a fool–I would like to find something that I cared about so much that I was willing to pursue it beyond what an average person would consider reasonable.

We then visited another pottery master who specialized in painting. He mentioned that Korean pottery was special because they only fire it at most twice. In fact, even the masters shatter 80% of their work because it isn’t up to standards. He mentioned that the fire made the judgement call on whether the pottery was good enough and not the potter. We were also fortunate enough to see a live demonstration of his work.

After a wonderful lunch, we went to a pottery village. We “made” our own pots, which means that a potter held our hands in the right shape and we tried our best. We also made cute mugs since only two of us could make pots at a time. This consisted of color a sheet of paper and baking it onto a mug. Afterwards, we explored the pottery village and I got myself a beautiful Korean teacup and sake jug. 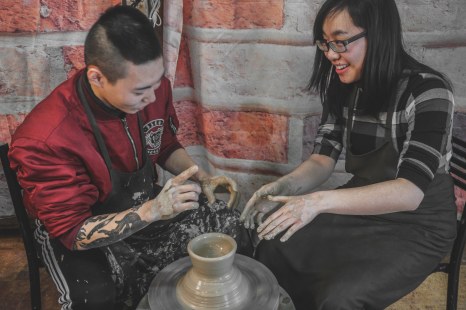 Clearly I am doing all the work here

After we got back to Seoul, Shine’s friend from work this summer was kind enough to take us to dinner and to Namsan Tower, which I had never seen before. Apparently, Namsan Tower at night is THE place for young couples and families. The entire walkway was covered with love locks.

Us on a couple seat 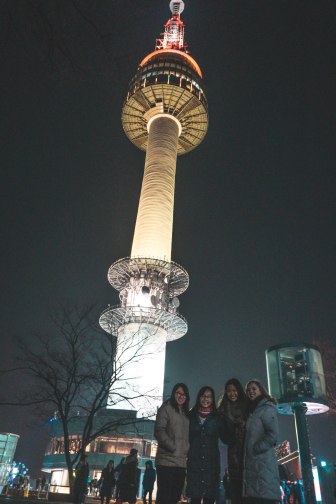 By the time we finished at Namsan Tower, it was pretty late and so we all went home and slept to prepare for the next day.